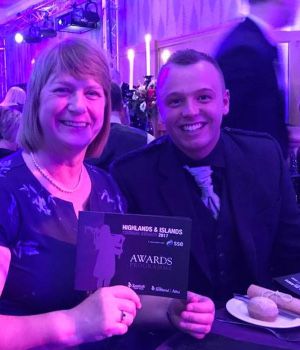 How did you get involved in the festival? I first attended HebCelt back in 2007 when I was visiting family on the Island. I attended the festival every summer and then got involved with the security team in 2011 before moving on to the site team in 2015.

What makes HebCelt special? The people involved that pull it together and the audience that it attracts. Stornoway comes alive during HebCelt and the atmosphere and buzz is brilliant!

Best festival memory? A few years back there was a small van that got turned into a photo booth. We decided that a team photo in this totally unconventional photobooth would be a great souvenir. One problem, not one of us thought to gauge the capacity of this small vehicle. Lets just say - We may have broken a world record.

Favourite festival gig? So many to choose from - I would say that one of the most memorable was Runrig, they have got such a massive following and put on a fantastic performance. I am also lucky enough to be involved with the An Lanntair club gigs. An Lanntair is a fantastic venue and one of my stand out gigs in there was by Ahab.