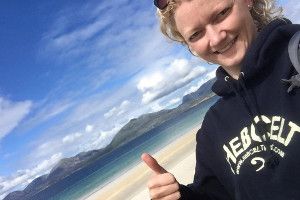 How did you get involved in the festival? I visited the festival in 2007 when I was promoting Glasgow's bid for the 2014 Commonwealth Games throughout Scotland. I met Michelle who I knew from working at Celtic Connections and have never looked back.

What makes HebCelt special? It's such a family atmosphere and the team make everyone feel at home, no matter how far they've travelled. Everyone is so hard-working and they have a real desire to make the festival a success. It's a testament to the work that Caroline has put in since the festival began. It's in such a beautiful location too and the line-up is always amazing.