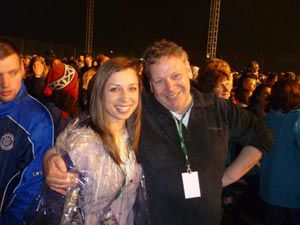 How did you get involved in the festival? I was approached by Murdo many moons ago to give a wee hand. The rest is history.

Why makes HebCelt special? The craic, meeting all your mates who are home for the weekend, meeting loads of new friends, both those up for the festival or volunteers. And the music of course.

Best festival memory? La Bottine Souriante. They could not get off the stage with the encore requests.

Favourite festival gig? As above, but also having Van Morrison then Runrig, one night after the other.