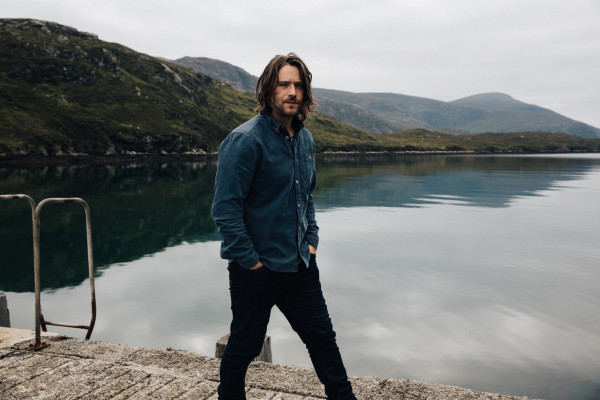 Colin Macleod lives an intriguing dual existence from his home on the Isle of Lewis where he has lived most of his life. When he is not on tour with the likes of Sheryl Crow, Robert Plant or Roger Waters, he is at home on the island raising a flock of sheep, crofting (a form of traditional farming), or working as a gillie (a type of fisherman).

This dual-life informs Macleod’s music, and the tradition, community and the rugged ways of island life all soaks into latest album ‘Hold Fast’.

Colin Macleod first left the Isle of Lewis in 2009. He was spotted playing a gig in an Aberdeen pub by an A&R from Universal, which culminated in the release of the ‘Fireplace’ album under the moniker The Boy Who Trapped The Sun in 2010. Homesick and burned out by the experience, he returned to the island and eventually had a realisation: stories of life in this remote part of the world gave him something fascinating and unique to write about. It was a style that resonated throughout his debut album ‘Bloodlines’.

Colin was persuaded to aid HebCelt's response to 'Covid' which led to the release of his collaboration with Rory MacDonald (Runrig) and his Hebridean allstars in July 2020. In addition to the lockdown video, Only the Brave was released for download.