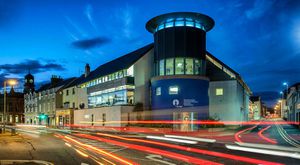 HebCelt bring live to An Lanntair a range of specially commissioned shows to be performed by internationally famous artists.

The Outer Hebrides of Scotland are steeped in the rich Gaelic tradition which is informed by the rugged wild Atlantic landscape and the people who this part of the world has shaped.  One of the area’s greatest exports are its people who have gone on to forge lives and have lay down roots all across the world though they never lost their sense of home in the Hebrides.

Many a tune has been written or a song has been created celebrating the ties back home or with those who have had to leave to seek a different life for themselves or their families.

This year’s focus could indeed feature in any year for the festival though we are delighted to present a number of commissioned pieces, celebratory concerts and shows that have perfect synergy with Scotland’s Year of Stories 2022.

These shows are in addition to the arena programme and therefor if you wish to attend you will need a separate ticket to enjoy them. 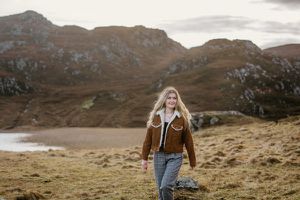 The opening concert of HebCelt 2022 ‘Till Slàn’ (return safely) is a musical journey centred around the meaning of Home.  Pairing ancient ballads with never before heard original songs and melodies, this unique evening of music explores our timeless connection to our heritage.

The concert features ‘The Journey’ - a HebCelt commissioned video. An original score by Josie Duncan performed live by some of Scotland’s finest musicians, accentuated by evocative footage shot by Elly Lucas.

In combining tunes and songs inspired by the Gaelic tradition, ‘The Journey’ takes its audience on a nostalgic and moving trip to the Isle of Lewis, drawing upon the many little moments that comprise a journey across the Minch.

Showcasing local sights and voices alongside some of the country’s most in demand musicians, ‘Till Slàn’ is sure to capture the imaginations of natives and first-time visitors alike.

*Dance only tickets on sale in April*

Lewis lads and long-time friends and musical partners James MacKenzie, Norrie MacIver and Calum Alex Macmillan will come together at HebCelt this July to present ‘Freumhan | Roots’, a suite of traditional and newly written music and song which was commissioned to celebrate HebCelt’s 25th anniversary.

Whilst waiting for this delayed event, over the past two years James, Norrie and Calum Alex have collaborated on writing new material influenced by their Lewis upbringing with subjects related to their homeland delving into the stories, legends, characters, island landscapes, and communities which they each represent.

The boys will also draw material the from rich musical and Gaelic song heritage of the island with a strong piping influence through the music of P/M Donald Macleod, P/M Peter Macleod, P/M Iain M Morrison (piping teacher of both James and Calum Alex) and others.

*Dance only tickets on sale in April* 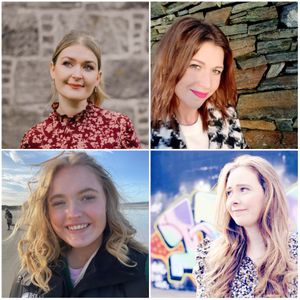 An Lanntair’s legendary concert series featuring Hebridean Women presenting songs from their island homeland has been a regular feature of HebCelt and An Lanntair own’s yearly programme of events.

This years 'Hebridean Women' will be Josie Duncan, Mischa Macpherson, Isobel Ann Martin and, making her debut appearance for the project, Alice Macmillan. They will be accompanied by Andy Yearley on piano.

This much anticipated show will also take as its theme Eilean Fraoich, the classic Lewis songbook, as part of with Scotland's Year of Stories 2022.

World renowned Ceilidh King, Fergie is no stranger to the islands where for many a year he played the length and breadth of the Outer Hebrides in ‘bothans’ and other gathering halls. With a traditional west coast style that is perfect for ceilidh dancing, Fergie was, and is still, very much demand although in more recent times his travelling has been tempered.

A legend in his own right he has been playing since he picked up his first box at the tender age of 9 and for a musician who can neither read nor write music he is certainly one of the most prolific with many famous tunes ‘covered’ by numerous artists, and over 50 albums to his credit over the years.

We are absolutely delighted that he is closing An Lanntair’s special programme this year in what will be his own inimitable style.

Expect a first half of stories and tunes compèred by band mate Allan Henderson and a second half where he will be joined by his band which includes Allan, Sandy Meldrum, Robert Nairn, Addie Harper and Hugh MacCallum.