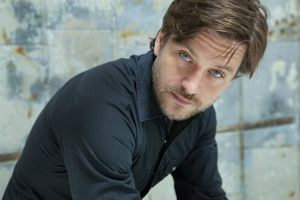 Local talent leads in live performances at the HebCelt Survival Sessions tonight (Friday, 16th July) in testimony to the importance of the music and culture of the Outer Hebrides.

Renowned singer and songwriter, Colin Macleod, highlights the beauty of the Isle of Lewis whilst harmonious trio Sian will demonstrate their award-winning skills in Gaelic singing. The shows will be streamed to a global audience.

Colin Macleod cut his teeth on the same vibrant Glasgow scene as his friends 'Frightened Rabbit' and 'Snow Patrol'. However, his love for the Isle of Lewis, where he was raised, proved too strong and he made the move back home. His work reflects a love for his local community. He said: "When you're from a place that is really beautiful, you struggle to be anywhere else.

"There is a Gaelic phrase, 'a Lewis man would be homesick in heaven' and it's true. When I was younger, I used to get stressed thinking the island would disappear. If I stayed away too long, I'd look back one day and it would be gone."

Also appearing live at the An Lanntair arts centre in Stornoway will be Sian, meaning ‘storm’ or ‘the elements’. Originally brought together to celebrate Gaelic songs composed by women, Ceitlin Lilidh, Eilidh Cormack and Ellen MacDonald keep their material firmly rooted in this theme. Their individual voices blend seamlessly, intertwining atmospheric harmonies to create a unique sound. Subtle and sympathetic accompaniment is provided by award-winning multi-instrumentalist Innes White, whose understanding of the songs shines through.

After three years performing together their highly acclaimed self-titled debut album, produced by Capercaillie’s Donald Shaw, was launched on 6 March 2020, just prior to lockdown.

Also part of the Friday night programme will be the Black Bay Studio Sessions. Focusing on the local ‘alternative’ music scene they will highlight some of the wealth of contemporary musical talent emerging in the islands.

Caroline Maclennan, HebCelt Festival Director, said: “Our local talent and Gaelic culture are core elements of the HebCelt Festival, so naturally we are delighted to have such strong emphasis of that in our Survival Sessions programme. Colin Macleod and Sian will both mark yet another milestone in our music celebrations with their live and streamed performances, whilst our filmed content helps to tell the interesting wider story.”

Survival Sessions can be watched on the MyPlayer platform. Details and tickets can be found here.

Survival Sessions performers can be heard talking about their shows in a series of HebCelt podcasts.