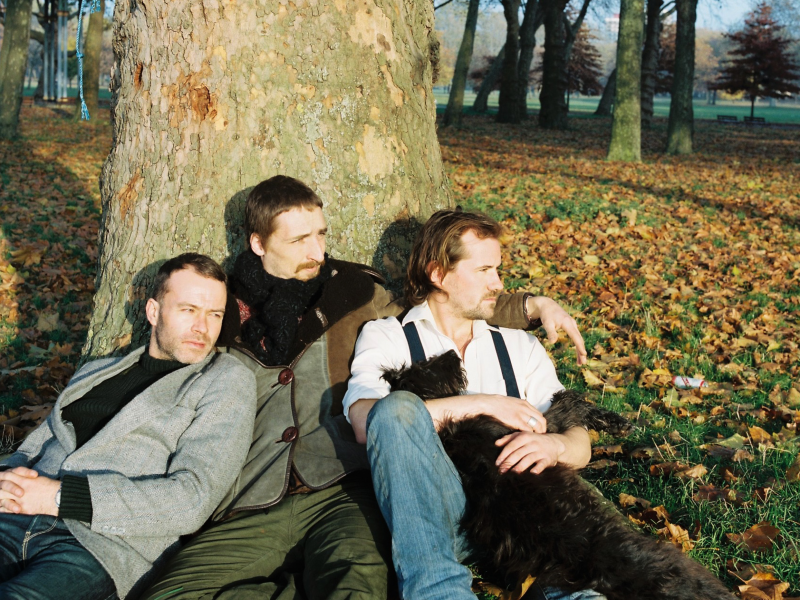 Unhinged and musically extravagant, The Langan Band have become famous for performing an invigorating yet tight and precisely executed show. With a sense of abandonment for spontaneity and surprise, they always keep their audience on their toes.

The band formed shortly after John Langan won the prestigious Danny Kyle Award for new artists at Celtic Connections Festival in Glasgow for his audacious, fresh and engaging rendition of a traditional song. It's this rare and potent ability Langan has with singing to captivate and have audiences believe songs, that is the core of their shows.

Flanked on one side by Caplin, a Hebridean classically trained violinist and a stalwart of the London prog and trad folk scenes, he's as adept at long bowed orchestral harmony passages as he is with swashbuckling dazzlingly quick tune playing and improvising. On the other side there's Tunstall on Double Bass, sometimes utilising his sonorous bow technique in conjunction with Caplin to create eerie soundscapes, but mostly he's fiercely pounding out bass lines which lock in seamlessly to Langan's foot operated percussion and fiery rhythmic guitar playing to produce irresistible high energy, bouncy grooves, with beautifully subtle harmonies and vocals.

Their material draws from all that they've been exposed to and enjoyed, from a whole range of music and live experiences. Progressive folk, jazz influences and world music combine to create a modern and exhilarating sound very much rooted in modern traditions. It's hard to pigeonhole but is for certain brilliant musicianship, with catchy tunes and beautiful lyrics.