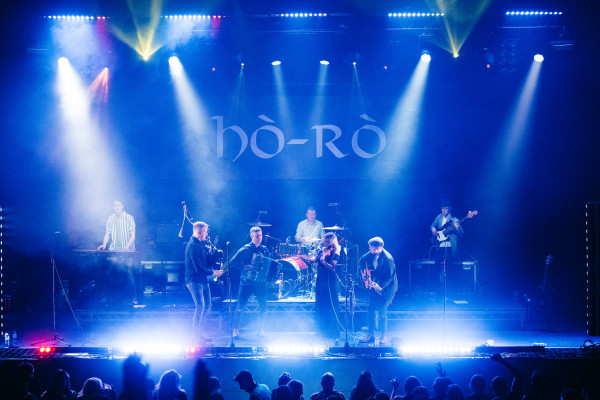 From a humble beginning in the Scottish Highlands & Islands, Hò-rò are gradually becoming a force to reckon with in the Scottish music scene. This group has held their audience spellbound with their energetic performance and musical tune arrangements everywhere they perform in Scotland.

The group released their debut album in the summer of 2016, and the acceptance has been remarkable with colossal success recorded in album sales.

With a line-up that features bagpipes, border pipes, accordion, fiddle, and whistles; musical instruments that are aligned with traditional Highland music combined with the sounds of guitar, keyboards, drums, and bodhran, Hò-rò can play diverse styles and produce a set that features rich musical textures. This instrumental mix is complemented further by both the unbeatable poetry of Gaelic song and the vivid storytelling of the Scots song genre.