HebCelt crowned Event of the Year 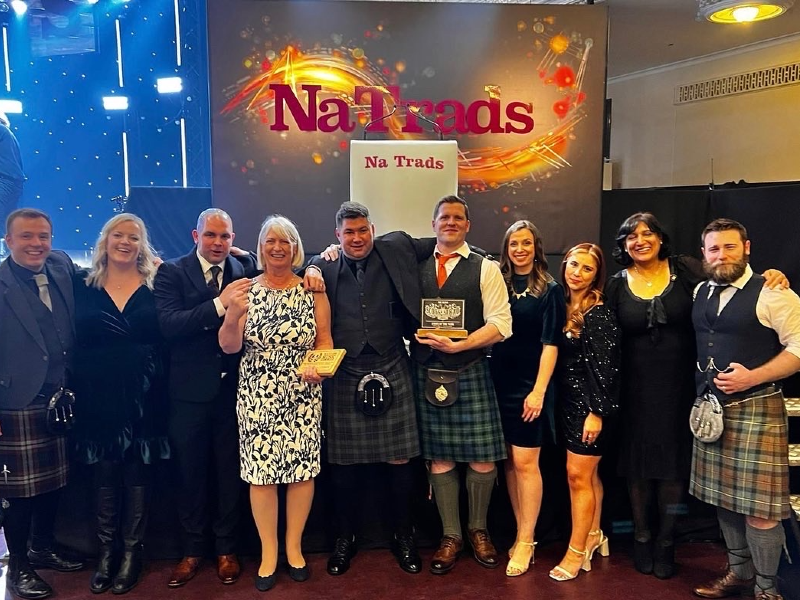 “It’s such an honour for us to have received Event of the Year for our 25th anniversary festival, especially when we think about the challenges and anticipation of returning after two years.. To have been nominated in this category alongside some of Scotland’s most incredible events was a privilege and the strength of the category really shows what Scotland’s event sector has to offer.

“The award is a testament to the work of the dedicated team of volunteers and everyone else who comes together to make HebCelt happen. We simply couldn't do it without our festival family. It was also incredibly moving for us all to see Caroline recognised and for her incredible impact on Scottish traditional music to be honoured in this way.

“Turning our sights now to HebCelt 2023, we can't wait to welcome our audience back to the Castle Green in Stornoway next July. It’s going to be a truly phenomenal few days.”

“This recognition is so lovely to receive at the end of what has been an amazing year for HebCelt. I wouldn't be receiving the award if it wasn’t for our festival family who have contributed so much to the festival’s growth across the years. Working with these wonderful people has always been the best part of HebCelt for me."

HebCelt has won favour with loyal Hebridean audiences and music fans from across the globe across the last 25 years, with people flocking in their thousands to soak up the incredible music and warm atmosphere in the stunning grounds of Lews Castle in Stornoway.

The popular annual MG ALBA Scots Trad Music Awards organised by Hands Up For Trad celebrates the astonishing scope and scale of Scotland’s traditional music talent and saw winners in 27 categories awarded alongside live performances from Elephant Sessions, FARA and Trip among others. The 2022 awards mark the third time HebCelt has lifted the Event of the Year gong.