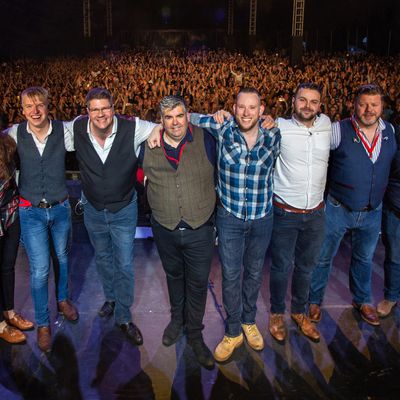 Skipinnish, who formed in Tiree in 1999, headlined HebCelt in 2018 ahead of their 20th anniversary which included a flagship summer Highland birthday party in Inverness in front of 4,500 fans.

With hit after hit of self-penned songs and a strong mix of powerful bagpipe, fiddle and accordion led tune sets, they encompass the very best of contemporary Celtic Music.

One of the most popular Scottish bands for HebCelt audiences, Skipinnish’s dynamic performances have rocketed them to the top of the Scottish music scene and led them to be named Live Act of the Year at the MG ALBA Scots Trad Music Awards 2017.